In the summer of 2022, Massimiliano Allegri's team only got four new players, namely winger Angel Di Maria, midfielder Paul Pogba and two central defenders Gleison Bremer and Federico Gatti. Juve actually also got a talented left-back Andrea Cambisso from Genoa. But the young Italian was immediately loaned to another Serie A club Bologna.
Juventus will still be busy in the remainder of the 2022 summer transfer window. The Bianconeri plan to recruit at least three more new players before the transfer window closes at the end of August 2022. Italian journalist who is also a player transfer expert, Gianluca Di Marzio on Wednesday (3/8/2022) reported that Juventus plans to add three new players in the remainder of the summer of 2022. The decision to add three players was taken due to the evaluation of poor performances on the pre-season tour in the US. Unfortunately, Pogba was immediately injured during the pre-season tour in the United States.
The French player is rumored to be out for the rest of 2022, Juve are in limbo. They felt the need to bring in a new midfielder. Juventus will go after one central midfielder, one striker and one more winger. For strikers, Juve are targeting to repatriate Alvaro Morata for the third time. In the winger position, Juve again glanced at Eintracht Frankfurt's Filip Kostic. Juve feel their attack line lacks energy if they only rely on Di Maria so they need Kostic. The reason is Federico Chiesa is still absent until the beginning of the year and does not necessarily immediately return to his best form after a severe injury.
Morata is currently returning to Atletico Madrid after being on loan for two seasons. Atletico no longer need Morata and want to sell him to Juve. La Vecchia Signora is trying to get a big discount. Juve must prepare funds of around 20 million euros to have Kostic. Kostic's price crept up because English Premier League club West Ham United were also interested in the Serbian player.
Actually Juve want Lazio midfielder Sergej Milikovic-Savic. But the price is three times that of Paredes. SMS also interested English club Manchester United. Lazio will usually prefer to sell star players abroad than to fellow Italian clubs. As for the midfield, Juve claimed Di Marzio focused on Paris Saint-German player Leandro Paredes. The price of the Argentinian youth is relatively affordable for Juve, only 15 million euros. 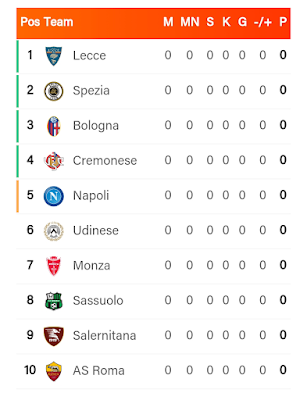