Some say that diamonds are a woman's best friend. That's true, because women really like jewelry, and jewelry will beautify women. So it's only natural to say that diamonds are a woman's best friend. But what if various jewelry made of diamonds contain a curse? Dare to wear it? Diamonds are natural stones that are quite difficult to change. Many lives were lost while taking this diamond stone. There are also poor people around the mine who curse the rich people who will use the diamond. Believe it or not, these diamonds carry the curse of infidelity that can kill the wearer.
This is the most cursed diamond in the world. Source: toptenz.net 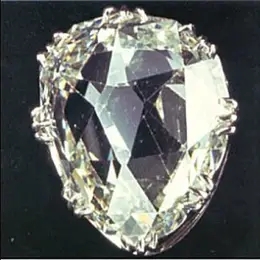 Sancy is the name given to the large 55.23 carat diamond. This pale yellow diamond originated in India and became famous when King Henry III chose to put the diamond on his hat. King Henry III always wore a hat to hide his bald head. As generations changed, Henry IV borrowed the hat as security for the cost of building a new British army. Unfortunately, the diamond suddenly disappeared. Surprisingly, the diamond was found in the stomach of the royal envoy. During an autopsy on the abdomen, Sancy's missing diamond was found. Finally, this diamond has repeatedly changed ownership with a bad story. Eventually the Sancy Diamond was handed over to The Apollo Gallery, at the Louvre Museum in Paris. 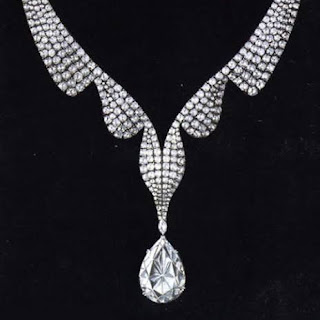 Richard Burton and Elizabeth Taylor are famous people who have a romantic and scandalous love story, including diamonds involved in it. Elizabeth took Eddie Fisher from his wife, Debbie Reynolds. From the results of the affair, Elizabeth got a strong reaction from the community. But it didn't stop there, Elizabeth let go of Eddie and took Richard Burton who already had a wife named Sybil. With Elizabeth's glamorous and luxurious life, Richard gave a very expensive and extraordinary gift, namely a diamond necklace in the shape of a water drop. People assumed the necklace was in the form of a teardrop, from the women whose husbands Elizabeth had snatched. Perhaps due to a curse (people believed this), Elizabeth spoke to herself very often with that very expensive diamond necklace. If anyone asked her what she was doing, Elizabeth would reply "Playing with my jewels," 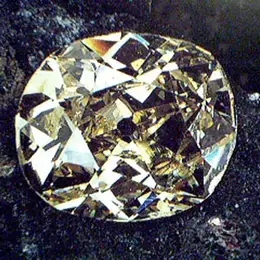 This diamond is one of the finest diamonds found in South Africa. The country is indeed one of the largest diamond-producing countries in the world, unfortunately, the welfare of the people of South Africa is actually a concern. Many people refuse to wear diamonds from South Africa, as a form of caring for the mining workers who are very concerned. Eureka's Diamond story takes place when she is found by a shepherd boy on a Hopetown beach. When weighed and unpolished, it weighs up to 231 carats. This diamond eventually changed hands to England to be handed over to Queen Victoria at Windsor Castle. Eureka diamonds have changed hands very often, from royal families to conglomerates. Unfortunately the presence of this luxury diamond also leaves many heartbreaking and tragic stories in it. The Eureka Diamond is currently on display at the Kimberly Museum, South Africa. 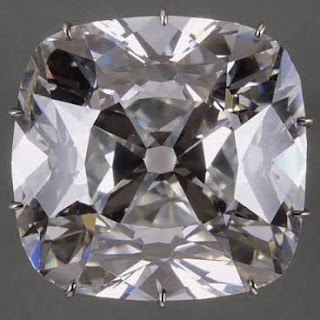 The story of Berlian Regent is accompanied by the story of a famous French figure, namely Napoleon. With the wars and battles of his time, Napoleon decorated his battle sword with a giant 140.64 carat diamond. The diamond itself was found at the Golonda mine in India. There were many slaves who died in the mines and became victims of the atrocities of the Napoleonic wars. In 1792, the Regent Diamond went missing. But the diamond again belonged to Napoleon in 1801. History records that Napoleon was married twice, and both were women from Austria. After Napoleon died, the Regent Diamond became the property of the Austrian government. Currently, the diamond is in the Louvre and is one of the best and cursed diamonds. 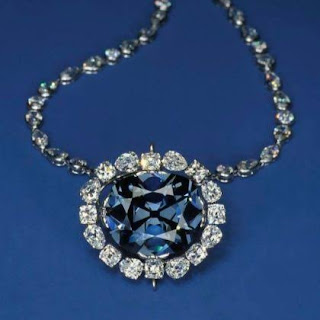 This diamond is very luxurious and beautiful, even the name is also beautiful, Hope which means hope. But nothing beats the legend and history of the Hope Diamond as the most cursed diamond and brings bad luck and even death to its owner. This dark blue diamond hails from India and carries a gruesome tale throughout its history. The Hope Diamond was first owned by the King of France, Louis XIV. Then it changed hands to King Louis XV. During the French Resolution, the Hope Diamond was stolen but arrived in England under mysterious circumstances. A wealthy jewelry collector named Philip Henry Hope bought the diamond and from there the name Hope was given, and the story of death begins. After the first owner died, Evelyn Walsh Mclean bought the Hope Diamond to prove whether the curse of death really existed. So many bad things happened that Evelyn hid the diamond in the cushions of the sofa. Death also picked up Evelyn, many believe it was because of the Hope Diamond curse. After frequent changes of hands with accompanying bad stories, the Hope Diamond was eventually donated to the Smithsonian Museum.
Next Post Previous Post
Mystical