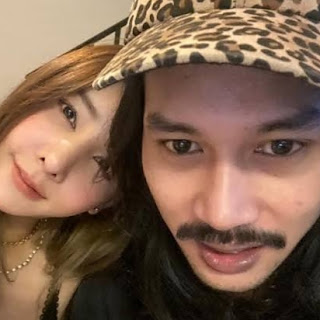 Tangmo Nida and His Girlfriend
Ameena, P Bird's spokesperson, said that she had secretly ordered a wedding ring and was going to propose to Tangmo Nida. The ring has also been completed and arrived in P Bird's hands today, Saturday, March 12, 2022. P Bird is known to have a request that he gave to forensics. So, what is it? Read more below. On Saturday, March 12, 2022, the ceremony to honor Tangmo Nida was held solemnly and full of emotion. Tangmo Nida's lover, P Bird, was seen wearing a pink shirt with a black hat complete with a white mask.
Several times, P Bird just lowered his head and looked at his fingers that seemed to be holding something. It turned out that what he was holding was a ring. Ameena. P Bird's spokesman said that until now Tangmo Nida's lover did not want to talk and chose to remain silent to the media crew. He only talked about his pain, which is still imprinted on him because his mental condition is not yet stable. "P Bird doesn't want to talk to you (the media crew), his mental condition is not yet stable," said Ameena. Ameena also added that P Bird had secretly ordered a wedding ring for Tangmo Nida. This he did because Tangmo previously really wanted the ring. P Bird also ordered the ring with the intention of proposing Tangmo Nida to be his wife.
Unfortunately, Tangmo Nida had already breathed his last before the ring was finished. Unfortunately, the wedding ring that P Bird ordered has now been completed and arrived in P Bird's hands today, Saturday, March 12, 2022.
On the other hand, P Bird asked the forensic team for permission to put his wedding ring on the finger of his girlfriend, Tangmo Nida. Sobbing, P Bird told Ameena that he was married to Tangmo Nida. "We are married, I put the ring near him," said Ameena telling P Bird's words. However, until now, P Bird's permission to embed a wedding ring on Tangmo Nida's finger is still being processed. Even so, if it is not possible, P Bird said he would keep the ring.
Next Post Previous Post
Sundries International,Thai Artist