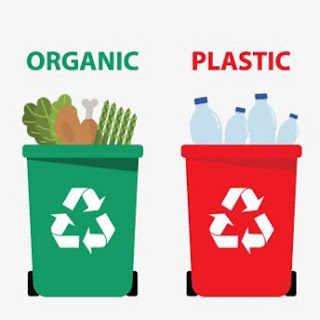 Sweden is a country known to be innovative, including in terms of waste management. Over the years Sweden has consistently implemented waste management policies in order to create a waste-free country. Apart from government policies and technological innovation, it turns out that community participation is also a major factor to support the realization of a waste-free country. Here are some facts about waste management in Sweden:
•Waste Sorting and Recycling•
Swedish people are used to sorting the waste they produce in their homes before throwing it in landfills. This of course facilitates the process of sorting waste on a larger scale. In addition, there is a government policy that stipulates the availability of a waste recycling center every 300m from residential areas. It is targeted to encourage people's behavior to dispose of and treat waste properly.
•Re-empowering used goods•
Swedes tend to reuse things rather than throw them away or recycle them. This includes the habit of refilling products, rather than throwing away or recycling their containers. The habit of using products that can be reused, of course, makes them avoid buying new products that have the potential to produce other waste.
•Pant System•
The government provides a reward in the form of money for every used bottle or can that is placed in the recycling facility. This system is called the pant system which has successfully recycled millions of waste every year. The pant system is also referred to as one of the factors that shape people's behavior in dealing with daily waste.
•The Role of Producers•
The government also urges producers who produce goods that have the potential to become waste to participate. Some retail goods such as clothing company H&M will provide discounts for customers who 'return' clothes that are no longer used. In addition, they are also trying to innovate so that used clothing waste can be handled better in the future.
•Waste-to-Energy Application•
The most significant thing about waste management in Sweden is the availability of waste-to-energy facilities. More than fifty percent of waste in Sweden is burned at extremely high temperatures at this facility to convert it into electrical or thermal energy. In addition, the ash from the waste combustion process can also be used as road construction material. To make this facility work to produce energy, Sweden even imports waste from neighboring countries. These things show that the waste problem is a problem for all parties in a country. To become a waste-free country, it also requires the participation of the industry and the active role of the community in managing waste. With proper handling and technological support, Sweden has succeeded in proving itself as a leading country in terms of waste management.
Next Post Previous Post
Living Environment,Sundries International