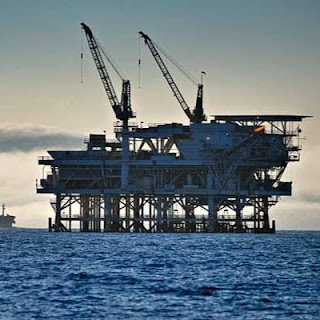 Russia-Ukraine - Oil prices rise again
Oil prices rose again on Friday, with brokers trying to protect themselves before the close of trading, in a market that continues to be buoyed by fears of disruptions to crude supplies caused by the war in Ukraine. A barrel of North Sea Brent for May delivery ended up 3.05% at $112.67. Meanwhile, West Texas Intermediate (WTI) for April delivery rose 3.12% to 109.33 dollars.
"The market is trying to stabilize above $100 a barrel, and no one wants to go short before the weekend if something bad happens during that time," said John Kilduff at Again Capital. The Russian army is expanding its offensive in Ukraine, attacking for the first time the city of Dnipro and two military airports in the west of the country. The first high-level talks between Russia and Ukraine after the invasion were completed by Moscow took place without reaching a ceasefire.
Russian President Vladimir Putin said, however, that he saw some "positive steps" in negotiations with Ukraine, in a meeting with Belarusian ally Alexander Lukashenko. The remarks briefly calmed markets and crude rose again. At the diplomatic level with Iran, negotiations that seemed close to fruition have now stalled, due to Moscow's request for additional guarantees.
"According to what we understand, (the deal) was close to closing, but Russia blocked it because it wanted to antagonize the West," added analysts at Again Capital. Talks in Vienna with Iran aim to include Washington again in the 2015 nuclear deal, in particular with the lifting of sanctions on the Islamic republic that severely restrict its participation in the oil market.
Next Post Previous Post
Business,Sundries International