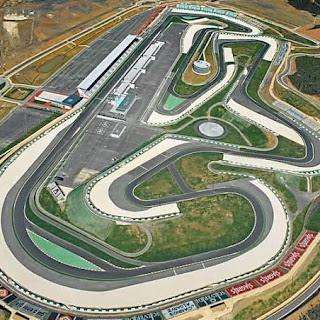 Mandalika circuit
"For the re-paving of the circuit track, progress has reached 60 percent. It is hoped that on March 8, 2022, the re-paving will be completed and in accordance with the standards set by Dorna Sports and the FIM," For the progress of the grandstand, the progress has reached 80 percent, including a new building for VIP Deluxe. On the same occasion, InJourney President Director Dony Oskaria said the target for the completion of the re-paving of the Mandalika Circuit track was in accordance with the schedule that had been made, and the process of repairing the circuit was supervised by the FIM and consultants. "It is hoped that this process will be completed soon and ready to face MotoGP on March 18-20," he said.
Previously, around 17.5 percent of the Pertamina Mandalika Circuit track would be re-paved following recommendations from Dorna Sport and FIM after the MotoGP pre-season test at the Lombok track. During the three days of testing at Mandalika, the MotoGP riders liked the layout and design of the 4.3 km circuit, as well as the safety standards, including the runoff area, very wide gravel. However, they also complained about the condition of the track being dirty, dusty and even the number of small stones on the track. Dorna Sports and the FIM identified two areas that needed improvement, namely the cleanliness of the track surface and the amount of aggregate, such as sand, dust and gravel or crushed stone, on the track and recommended re-spapping some parts of the track before Turn 17 to after Turn 5.
Next Post Previous Post
MotoGP,Sport