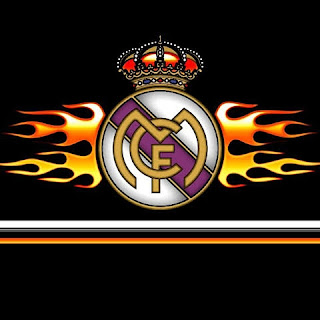 Real Madrid
Real Madrid, has just turned 120 years old. A club full of history, but never full of the history it has devoured. Always want and want to achieve something. Never satisfied. That's the mentality that Real Madrid showed when entertaining their guests, Real Sociedad, without being friendly and merciless at the Santiago Bernabeu, Saturday (5/3) Spanish time. Real Sociedad crushed by a score of 4-1. Initially, it must be admitted that Real Madrid was heavily promoted, until the referee awarded a penalty to Real Sociedad. Mikel Oyarzabal, who was appointed as the executor, managed to break into Thibaut Courtois' goal, even though it was read.
Real Madrid trailed 0-1 in the 10th minute. However, the mentality to always win is shown by Real Madrid. Carlo Ancelotti's team spirit did not slack. High pressing was carried out by Real Madrid until Real Sociedad found it difficult to breathe and develop the game. The result was seen in the 40th minute. A beautiful left footed shot was released by Eduardo Camavinga. His kick ball slid very swiftly to the left side of the goal which was escorted by Alex Remiro. The position is even, 1-1. Real Madrid's position is not in a good state. The draw is still temporary. And it's not very satisfying for all parties, namely coaches, players and fans. That feeling of dissatisfaction bears fruit. Three minutes later, a beautiful goal was created again. This time, the goal was created by Luca Modric. Starting from a stroke against David Silva, Modric a beautiful left foot kick. His kick ball slid very fast which targeted the right side of Real Sociedad's goal.
The score changed 2-1 for Real Madrid in the 43rd minute. In the second half, keeping the high-pressure pressure on Real Sociedad, Real Madrid were awarded a penalty. It started with the flexible movement of Vinicius Junior dropped by Aritz Elustondo. Karim Benzema, who was appointed as the executor, managed to score the third goal for Real Madrid in the 76th minute as well as his 20th goal for El Pichichi LaLiga for a while. With a dissatisfied mentality, two minutes later Real Madrid again managed to score their fourth goal of the match. Dani Carvajal who received a long pass from Casemiro managed to dribble into the heart of the Real Madrid defense. Carvajal immediately gave a short pass to Marco Asensio who was standing free with Benzema. With a light stroke, Asensio, who had just entered in the 77th minute, managed to register his name on the scoreboard in the 79th minute.
The score became 4-1 lasted until the end of the game. This victory is very sweet taste. Because, a day later, on March 6, 2022, Real Madrid celebrated its birthday as a team. On that date, Real Madrid turned 120 years old. The 4-1 win over Real Sociedad was one of the greatest gifts in the club's history.
The victory further widened the distance between Real Madrid and Sevilla. The day before, Sevilla was held to a 0-0 draw when they visited Deportivo Alaves. So, with the victory over Real Sociedad, Real Madrid's points increased to 63, and Sevilla's draw made the points only increase by 1 to 55. Victory over Real Sociedad is a good sign that there is little change in the Real Madrid squad.
Ancelotti dared to rest Toni Kroos while putting faith in Camavinga. The result, Camavinga managed to score a beautiful goal. In addition, Real Madrid is serious about competing, especially in preparing to face Paris Saint-Germain at the Santiago Bernabeu. High-level pressure must be given to the opposing team, such as PSG. In the second leg of the Champions League, Real Madrid was obliged to provide shock therapy with high pressure, which resulted in victory.
Next Post Previous Post
Football,Sport