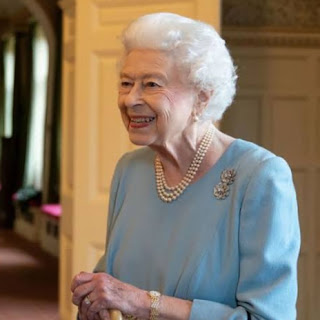 Queen Elizabeth II
England has many historical buildings. Even the castles are inhabited by members of the British royal family. With centuries of age, apparently the castle holds many stories. None other than, the scary story of the invisible "dwellers" in the royal castle. Quoted from People.com, Queen Elizabeth told the spooky story of what was inside the historic building. Curious as to what?
•Windsor Castle•
This castle has made headlines in a number of news, ranging from the place where royal weddings are held, to other important events. However, it turns out that guests often experience interference from unseen residents. There are a lot of ghosts, and according to the story, many have seen apparitions of King Henry VIII, King George III, and the royal servants who are seen on guard in certain areas. For Queen Elizabeth, these figures are certainly not foreign, they are part of British history that has triumphed until now.
•Buckingham Palace•
One of the other relics in England, London to be precise is Buckingham Palace. This place has been inhabited by the royal family since 1703. But apparently, this building does not escape the story of mystery. One of the scary events that occurred was the suicide of Major John Gyne who died by suicide after he was divorced from his wife.
•Balmoral Castle•
This castle is the scariest building with a row of ghost stories that spread a lot. This place is in Scotland, where as a destination for Queen Elizabeth and her family to spend the summer holidays. The ghost that is often seen is John Bron, a former employee of Queen Victoria who fell in love and died. His spirit is often seen walking in the corridors wearing his duty clothes when he was alive.
•Hampton Court Palace•
Located in London, this building is also known for frequent sightings of Henry VIII's wife, Jane Seymour, who died one day after giving birth to her baby. His figure was pale and visible on the Silverstick staircase that led to each room.
•Kensington Palace•
Used as a royal residence, astral figures frequently seen are Peter the Wild Boy, Princess Sophia, Queen Mary II and King William III. Even King George II also haunts Kate Middleton and Prince William.
Next Post Previous Post
Mystical