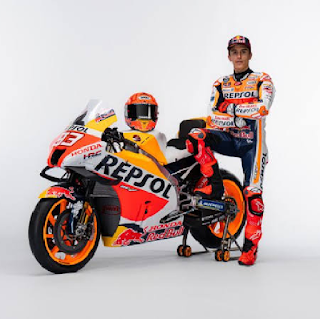 Marc Marquez
When Marc Marquez was injured, many people doubted his ability. People are afraid, the 29-year-old racer will be more cowardly than before. However, he promised, that would not happen in MotoGP 2022. "I guarantee that my mentality is still the same, moreover I have recovered now. When I see the fear and risk in front of me, I will fight it. But I will push myself to the limit," said Marquez, reported by Motosan. Marquez revealed that the arm injury and diplopia that had hit him in 2020 and 2021 made him happy. Because, with this injury, he became aware that his racing career is not only about fun and winning. "Racing career is not just about winning and having fun. There are difficult moments there. I felt my hardest moments when I was injured. I was worried, but I also realized that I had to go through this," said the racer nicknamed The Baby Alien this. Thanks to injuries as well, Marquez realized that there was a body and a body to take care of. Three arm surgeries, plus a period of recovery from an eye injury, opened his eyes that this body and body is more important than just racing. "I've had three surgeries, I didn't race. From here I realized that when my body is not healthy, I can't carry myself on the motorbike. There are many races, but this body is only one," explained the Spaniard.

Winning is a fixed price this season

Last 2021 season, Honda really slumped. Although Marquez had kicked off, it was not enough to bring Honda to compete at the top. As a result, this season, winning is a fixed price for Honda as well as himself. "This season, Honda must win. At the end of the year, we want the title to be ours. Try asking me and also other teams or riders, they will also say the same thing," said Marc Marquez.
Next Post Previous Post
MotoGP,Sport