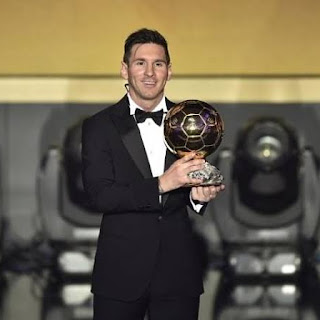 Lionel Messi :2022
The editor-in-chief of France Football as the organizer of the Ballon d'Or, Pascal Ferre, revealed that there were 4 changes to the format of the 2022 Ballon d'Or award and in the years to come. Quoting from ESPN,
first, the assessment of player performance is calculated based on the football season in Europe, which is from August to June. Previously, the player's performance was calculated from January to November or December.
Secondly, Didier Drogba, Truong Ang Ngoc and Karolina Hlavackova were involved in the Election Committee. They will later compile the names or any players who deserve to be nominated for the Ballon d'Or trophy.
Third, the voters only came from 100 countries with the highest FIFA rankings for the men's category, and 50 for the women's category. This means that since the Indonesian National Team is ranked 160th in the world, the coach (Shin Tae-yong) and the captain of the Indonesian National Team (Evan Dimas) cannot vote in the 2022 Ballon d'Or award.
Finally, the winner of the 2022 Ballon d'Or is not only based on individual performance. However, also considering the success of the team being defended to their fair play record.
Judging from the facts above, Lionel Messi is almost certain to fail to win the 2022 Ballon d'Or trophy. Because, nothing stands out from La Pulga – Lionel Messi's nickname – this season. In terms of individuals, Lionel Messi is not flashy. From 25 matches in all competitions with PSG, Lionel Messi only scored seven goals and 11 assists. Achievements with the team are also not striking. PSG most likely only won the French League trophy this season, while in the Champions League they had already fallen in the last 16.
This is different than when Lionel Messi won the 2021 Ballon d'Or. Although he failed miserably at Barcelona,   Lionel Messi came out as the top scorer of the 2020-2021 Spanish League and 2021 Copa America. One more thing, Lionel Messi also won the 2021 Copa America trophy with Argentina. Therefore, at the announcement of the 2022 Ballon d'Or winner, don't be surprised if Lionel Messi fails to be the best.
Next Post Previous Post
Football,Sport