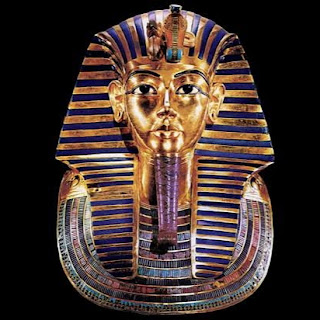 King Tutankhamun's Mask
King Tutankhamun's mask was discovered when Howard Carter opened the coffin of the Egyptian pharaoh in 1925. Some people believe that the ancient tomb released a curse on those who disturbed it. When British archaeologists opened Tutankhamun's golden coffin in 1925, they were amazed by the viceroy's death mask. Since then, Tutankhamun's mask has fascinated the world to this day. With its haughty posture, serene gaze, and gleaming surface, the mask presented information about life in ancient Egypt. It speaks of the lost traditions, beliefs and artistic abilities of a culture. So, who is the viceroy enshrined in the golden mask? How did archaeologists find his tomb? And why do some people think that the masks are meant for other people?
In 1922, Howard Carter became impatient.
Eight years exploring the Valley of the Kings of Egypt, the British archaeologist did not find anything meaningful. In November 1922, his efforts paid off when he discovered a set of hidden stairs. Together with his partner, the Earl of Carnavon, he prepares to break into the tomb of King Tutankhamun which is buried underground. “There before us lies a closed door. With its preamble, we stand before a king who ruled 3,000 years ago," Carter wrote later. With Carter in the lead, the two men stepped across the doorway and into the dark and stuffy air.
Details of the room inside emerge slowly from the mist, strange animals, statues and gold, says Carter. However, of all the "beautiful things" they found, one stood out the most—the golden coffin. Three years later, after documenting thousands of grave objects, Carter prepares to open them. This is the first time the chest has been opened in 3,000 years. After opening the case, they found King Tutankhamun's mask. “The mummy of the young king is very neatly wrapped, with a golden mask a sad but calm expression. The mask bears the attributes of God, but the resemblance is Tut.Ankh.Amen — serene and beautiful. With the same features we find on the statue and the coffin.” Further research revealed that the mask was made of two types of gold, with obsidian and quartz eyes. While the eyebrows and eyelids are decorated with lapis lazuli.
The headdress features a cobra and a vulture. Both symbolized the viceroy's control over Upper and Lower Egypt.
In addition to making Carter famous, the invention of this mask also made King Tutankhamun famous. Even more famous than he had ever experienced in his life. So who is the golden masked viceroy? Born in 1341 BC, Tutankhamun had a brief and mediocre reign. Having ascended to the throne at the age of nine after his father's death, he seems to have largely followed the advice of a counselor named Ay. The father ordered the Egyptians to convert to a monotheistic religion and worship only the sun god Aten. But Tutankhamun reversed his father's mandate. Under his rule, the Egyptians returned to worshiping many gods. Not many important things were achieved during his reign. He married his half-brother, Ankhesenamun, but produced no heirs — their two daughters were stillborn. And in 1324 B.C.E., his reign came to an abrupt end when the viceroy died at the age of 19. To this day, no one is sure how Tutankhamun died. A CT examination showed that he had malaria, a broken lower leg. Some as a result of incest, have congenital deformities. But whether this king died naturally, in an accident, or by murder is unknown.
What is known is that the young pharaoh was honored in death. After being mummified and placed in a golden coffin, King Tutankhamun's mask was placed on his face. Later, he was locked up in a tomb with thousands of treasures, his staff, and the bodies of his two daughters. The legacy of King Tutankhamun's mask Since Carter opened Tutankhamun's tomb, the viceroy has traveled the world more than he has ever done in his life. King Tutankhamun and his mask were exhibited in France, England, Japan, Russia and the United States. But King Tutankhamun's world tour was not without scandal. First of all, the mummy of the viceroy has long been accused of being a curser. Although Carter managed to escape, Carnarvon died soon after the viceroy's tomb was opened. He died of blood poisoning after being stung by a mosquito.
Next Post Previous Post
Culture,Mystical