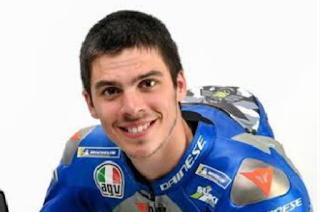 Joan Mir
Rumors about the transfer of drivers are heating up ahead of the start of the 2022 MotoGP. This time, Suzuki Ecstar racer, Joan Mir is rumored to be being targeted by Yamaha Monster Energy This MotoGP season itself is scheduled to start this weekend or on Sunday, March 6, 2022. The Losail Circuit will be the opening venue for the first series of the Qatar Grand Prix. In a report by DAZN journalist, Ricard Jove, Joan Mir is even rumored to be joining Yamaha in 2023.
However, until now there has been no clarity from the two camps regarding these rumors. Ricard, who made a thread on his personal Twitter, confidently stated that Joan Mir had been in contact with Yamaha. However, he did not know who had initiated the approach. What is certain, he said, if Yamaha made various options to find new drivers, because it was threatened with losing last season's MotoGP champion, Fabio Quartararo. “Mir had revealed that his future was open. However, he is still cautious and will not be out until he tries the new bike in the pre-season test," he tweeted. The issue of Mir moving to Yamaha cannot be separated from the tug-of-war between Yamaha and Quartararo. The French racer so far has shown no signs of surviving. He is reportedly dissatisfied with the performance of the YZR-M1 motorbike he will be riding. It clearly makes Yamaha nervous. In fact, Quartararo's contract at the manufacturer expires after the 2022 MotoGP season ends. They are currently still in intense communication with Quartaroro. However, Yamaha is also trying to get close to Mir if Quartararo really has to leave.
Joan Mir's close relationship with Yamaha has obviously taken the public by surprise. Although he has shown signs of wanting to leave with the excuse of failing to defend the title and poor performance last season, Joan Mir is actually being widely rumored to be joining Repsol Honda. He is projected as a replacement for Marc Marquez who has suffered a long injury and has not been able to return to his best performance. Or if Marquez returns to prime, he is planned to come to replace Pol Espargaro. Now, many of the world's most elite motorcycle racing lovers are guessing about Joan Mir's decision. However, it's still just an issue, because he still hasn't decided to stay at Suzuki, move to Yamaha, or Honda.
Next Post Previous Post
MotoGP,Sport