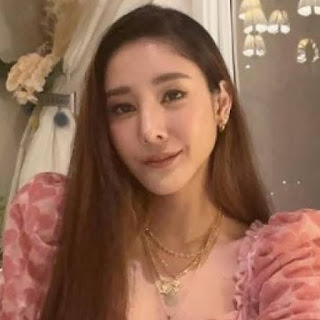 Tangmo Nida
The continuation of the Tangmo Nida case itself was questioned by the Thai public because the police concluded that Tangmo had an accident. It turned out that those who asked for justice for Tangmo Nida were not only the Thai public but also the public in ASEAN countries, namely Malaysia, Indonesia, Singapore, Brunei, the Philippines and Vietnam, who questioned the continuation of the Tangmo case. As in the TikTok account, it is widely discussed that all ASEAN supports the disclosure of the continuation of the Tangmo Nida case.
The hashtag #jasticefortangmonida is also widely embedded in the TikTok account @pauldanishcheng638 it is stated that it is written under the name All Asean #justicefortangmonida.
The account also includes the names of ASEAN countries, Malaysia, Indonesia, Singapore, Brunei, the Philippines and Vietnam, who have united to demand justice for Tangmo. Much pressure from the Thai public and neighboring Thai police insists on continuing the investigation into his death. Meanwhile, around 1000 mourners paid their last respects to Tangmo Nida's body which was buried at Liberty Church in Saphan Sung district, Bangkok, March 11-13, 2022. The church will broadcast live the ceremony of honoring and funeral for Tangmo Nida which will be held on Sunday, March 13, 2022, through the church's Facebook.
During a final tribute to Tangmo Nida, the Thai police stated that they could not conclude their investigation into the death of "Tangmo" Patcharaveerapong.
Lt. Gen. Pol Jirapat Phumjit, Commissioner of the 1st Provincial Police, said the police would not close the case for the actress' death as many had hoped. To that end, the police are gathering evidence including the results of forensic examinations by the Siriraj Hospital Medical School, which works in parallel with the Police General Hospital's Institute of Forensic Medicine. The investigation, which involved two important agencies, was to answer public doubts that questioned the death of Tangmo Nida. Meanwhile, the Tangmo Nida honor ceremony will take place from Friday 11 March, which will last until Sunday 13 March 2022. The event was beautifully decorated. The first floor is reserved for antigen testing on participants.
There is also a portrait of Tangmo in the booth which is beautiful. The second floor is reserved for press conferences and interviews with important guests present at the event. The church auditorium on the third floor is set up for 1,000 guests despite its original capacity for 3,000 people to observe social distancing and help control COVID-19. There is also a large LED screen on the stage decorated with fresh flowers. The participants had fully booked their seats in the memorial service over the three-day period. The ceremony was broadcast live via the Church of Joy Thailand Facebook page.
Next Post Previous Post
Sundries International,Thai Artist