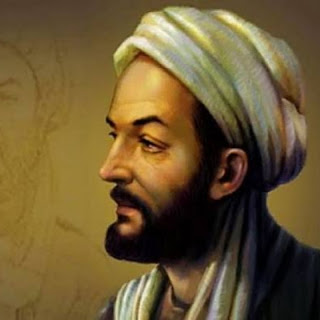 Abu Ali al-Husayn ibn Abdullah ibn Sina
You must be familiar with someone named Ibn Sina, one of the world's famous Islamic scientists.
Westerners -whose tongue is not very good at speaking Arabic -call her "Avicenna". His real name is Abu Ali al-Husayn ibn Abdullah ibn Sina. His works are still used as references in various educational institutions to this day.
However, the facts about Ibn Sina are not widely known. He is known as the father of modern medicine.
Even though during his lifetime, this philosopher from Uzbekistan also took an interest in other fields of science. Such as physics, mathematics, chemistry, even art.

He is thirsty for knowledge

Since childhood, he was known to be very thirsty for knowledge. This is evident when he was seven years old, he had finished memorizing the Qur'an. Then he became interested in Aristotle. In the process of learning, Ibn Sina studied with many scientists. Including Al-Farabi, one of the famous philosophers. Basically, He did not look at whom He was studying. Most importantly he can gain knowledge from that person. Be it a vegetable seller, or other ordinary people.

Ibn Sina really liked to spend his afternoon researching in the laboratory, teaching, or treating patients. Meanwhile, throughout the night, he studied and wrote journals and books. By the time he was 18 years old, his knowledge had been recognized. He became a lecturer and a physicist at that age. Of course, this is far from the current generation who chooses to "lay down" to fill their spare time. Ibn Sina always put knowledge above all else. Because of this nature, he has never married in his life. His secretary even stated that he died of exhaustion.

A great writer and reader

A powerful figure in the world of medicine

This fact became the most known people in the world. Ibn Sina is known to be very interested in the world of medicine. One of his works entitled al-Qanun fi al-Tibb became a mandatory book for medical students in the west. At that time, he had discussed the transmission of tuberculosis which had been denied in the west for hundreds of years. In addition, Ibn Sina was also interested in psychophysiology, psychomatics, and neuropsychiatry. In fact, long before Sigmund Freud wrote about psychology, he could already discuss hallucinations, insomnia, and vertigo.

A figure recognized as great by the western world

Until now, Ibn Sina became one of the recognized people in the western world. The Aeronautics and Space Agency or NASA named one of the craters on the moon as Avicenna. In addition, the name Avicenna is widely used for the names of clinics, publishers, medical schools, alternative medicine clinics, to hotels and health salons.