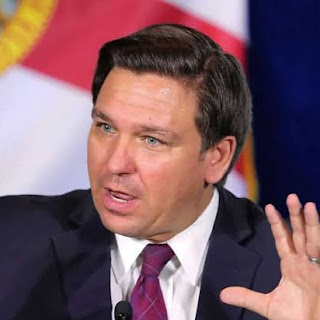 Florida Governor RonDeSantis
"Race theory" is a set of ideas and concepts used to understand and address inequality and racism in the United States. It's a system of ideas that its detractors, Cuban-American senator Manny Díaz, bill promoters, and Republican legislators understand as "indoctrination." Ultimately, regulations seek to prevent white people from feeling “uncomfortable”, “guilty” or “stressed out” when issues of racism or discrimination that have occurred in the past are discussed in schools or companies. Florida's Senate on Wednesday approved a controversial bill banning the teaching of critical race theory in elementary and middle schools, a rule now state governor Ron DeSantis must sign for compliance.
With 24 votes in favor and 15 against, Florida senators voted in favor of the HB 7 bill called "Individual Freedom," which also gives parents the right to sue the school where the teaching is taught. It is entirely possible to be signed into law by Republican Governor DeSantis, thereby prohibiting any teaching that "encourages, promotes, instills, or compels" a person to believe that a particular race or gender is morally superior, or that a person may naturally racist or sexist. In its text, the bill states that it is discriminatory to force anyone to accept any type of education or training that makes them "feel guilty" based on their "race, color, gender, or origin".
"A person, by virtue of his or her race or gender, is not liable for acts committed in the past by other members of the same race or sex," the law reads. For the Human Rights Campaign organization, the enactment of this law, if signed by the governor, "would limit freedom of expression in the classroom by censoring honest dialogue about systemic racism and racial and gender discrimination." Likewise, it will "give employees" in the workplace "the ability to file discrimination claims against employers who participate in training or discussions about the history of the black community,
LGBTQ+ issues, and other concepts of injustice and discrimination," the Washington-based group said. it's in a statement.
“The Theory of Race” refers to the interdisciplinary intellectual and social movement of scholars and civil rights activists seeking to examine the intersection of race and law in America. Last December, DeSantis proposed a bill known as Stop WOKE (in the sense of being awake or aware), which empowers parents to demand that schools teach "critical race theory."
Next Post Previous Post
Political,Sundries International