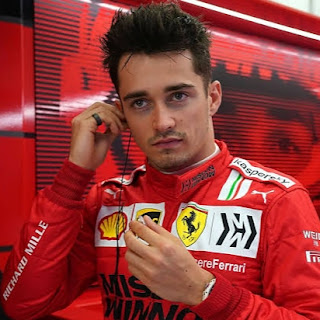 Ferrari,Charles Leclerc
The car experiences porpoising (up and down movement) due to the ground effect when speeding on a straight track. In the cockpit, the drivers could not sit still and follow the movement of the car. Their suffering certainly increases when crossing a bumpy track. Porpoising became a chore for the mechanics and team engineers because they had to adjust the height and aerodynamics of the car. Mercedes driver, George Russell, even analogized porpoising like a dolphin swimming and could endanger the driver. Meanwhile, the Ferrari driver, Charles Leclerc, admitted that he felt the shock as if he was in a plane.
“You feel the turbulence on the plane, you go up and down along a straight track. I think from the videos released by Formula 1, you can see very well what is happening with this phenomenon," he was quoted as saying by Motorsport.com. "I can't say it feels good. I'm dizzy but fine. We are in the first days of this project. It seems that it's a matter of all teams, with more or less weight, but in this paddock, there are many of the best engineers in the world." "I am sure that they will soon find a solution (to overcome porpoising)," continued Leclerc. Despite these problems, he remains optimistic about the performance of the Ferrari F1-75. The racer from Monaco is still careful when driving a new car because he doesn't really know his character.
"We did a lot of laps without any big problems, which is always great when you consider it's a new project. So it's positive because we tried a lot of new things," said Leclerc. "Performance-wise, it's impossible to know where we are compared to the others because it's still very early. All the teams hide their performances and we will know where we are, in the first race of the season." "But so far, there have been three quiet days for us which is good. Overall, the pre-season preparation went very well," he explained. "I'm much better. Every year, I try to set the bar higher. I feel good in the car. We are happy that everything went smoothly."
Next Post Previous Post
Formula 1,Sport