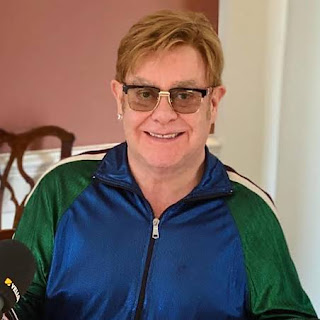 Elton John's
Elton John is a legendary British singer. Never ending a career in the entertainment industry, Elton John still exists to appear on the music stage. His name is getting excited because he admits he is comfortable being gay, after he divorced his wife a few years ago. Almost 75 years old, here's the latest news from Elton John who turned out to be on the Pandora Papers line.
In January 2022, Elton John had wanted to hold a concert event to entertain fans. Unfortunately, the concert had to be stopped due to his health problems which made it impossible. This was also reported by Elton John through his Instagram account. "Hello everyone I wanted to send a message to let you all know that I have been infected with Covid and have to reschedule my show in Dallas," he said via his Instagram Story upload in January. In his explanation, Elton John also informed that every prospective audience who bought tickets would be refunded or provide other concert schedule information if Elton John's health had improved.
"It's always a huge disappointment to move concert dates and I'm very, very sorry to those who have been inconvenienced by this, but I really want myself and my team to be safe."
Recently, the name Elton John has also entered the ranks of the Pandora Papers. The reason is, in the ICIJ investigation, Elton is suspected of having ties to the law firm Tulloch and Co. The ICIJ report said that Elton John was one of its clients. Surprisingly, Elton John allegedly helped secure the assets of a wealthy Russian.
Not only that, Elton John was also reported by The Hollywood Reporter as the founder of an offshore shell company in tax haven countries, such as the British, Virgin Islands, Panama, and even the Bahamas. It is known that the Pandora Papers were disclosed by the International Consortium of Investigative Journalists (ICIJ). Pandora Papers contains data on hidden treasures, tax evasion, money laundering committed by the world's richest people.
Next Post Previous Post
British Artist,Entertainment