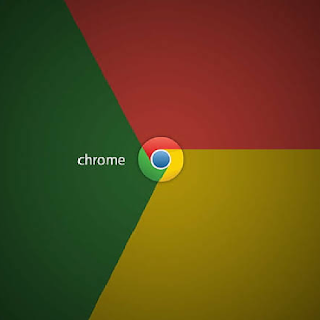 Google
Google blocks Russian state-owned media, RT, and several other Russian accounts so it can't earn revenue from ads. This prohibition applies to Google products, including YouTube. Google also prohibits these media from using their technology to make money from sites and apps. Russian media cannot buy ads through Google Tools and place ads on Google services, including Search and Gmail. "We are actively monitoring the latest developments and will take other steps if necessary," said Google spokesman Michael Aciman.

On Friday, the Russian government "partially restricted" Facebook (FB) access in the country after accusing the platform of unlawful censorship. Russia's Ministry of Communications claims Facebook violates the rights and freedoms of Russian citizens by shutting down several Russian media outlets on Thursday. Meta global affairs president Nick Clegg said Russia ordered the company to "stop fact-checking and independent labeling" of the four Russian outlets. "We refuse," Clegg said in a statement. "Russians use our apps to express themselves and organize actions. We want them to continue to make their voices heard, share what's going on and organize."

YouTube uses the excuse of "extraordinary events" so that there are a number of accounts that can't implement monetization from the platform. YouTube spokesman Farshad Shadloo said videos from blocked media would rarely emerge from recommendations. YouTube on Saturday local time, joined Meta in banning state-funded Russian media organizations from running ads or profiting on its platform, Business Insider wrote. It was in response to Russian President Vladimir Putin's decision to allow a full-scale attack on Ukraine on Thursday. The offensive involved launching airstrikes across the country and pushing troops into the country's capital, Kiev. Content from RT and other banned media cannot be accessed from Ukraine, at the request of the Ukrainian government. Other Russian media have been sanctioned, including from the European Union, and cannot monetize their content. The European Union a few days ago imposed sanctions on an individual, namely the editor-in-chief of RT Margarita Simonyan, who has been dubbed a key figure in Russian propaganda.

Meta has already restricted monetization of Russian media on Facebook

YouTube's announcement follows Meta which the day before also announced it had restricted Russian state-owned media from monetizing content on Facebook. Facebook's head of security policy, Nathaniel Gleicher, announced the effort on Twitter on Friday. According to him, starting this weekend, Facebook will continue to label Russian state media posts, reported by CNN. "These changes have already started rolling out and will continue through the weekend.. We are closely monitoring the situation in Ukraine and will continue to share steps we are taking to protect people on our platform," he tweeted.
Next Post Previous Post
Business,Political