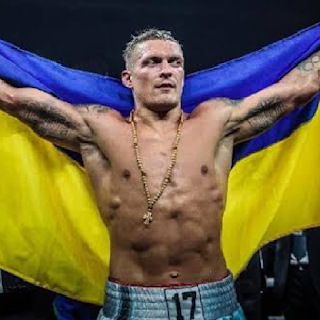 Ukrainian boxer Oleksandr Usyk
World heavyweight boxing champion Oleksandr Usyk has joined the Ukrainian defense forces to counter the Russian military operation. Through his social media accounts, he sent a message to President Vladimir Putin and his citizens to immediately stop the aggression. "Good morning everyone. My name is Oleksandr Usyk. I want to talk to Russian citizens. If you consider ourselves brothers, Orthodox, don't send your children to our country. Don't fight with us," Usyk said in a video posted on Instagram. quoted from Marca. “Also, I convey this to the president, Vladimir Putin. You can stop this war. Please sit down and negotiate with us without any claims. Our children, wives and grandparents are hiding in the basement," he continued. Russian President Valdimir Putin had previously ordered the launch of a military attack on Ukraine on Thursday, February 24, 2022. The two countries are rumored to be holding peace talks on Monday, February 28, 2022. In fact, Ukraine has contacted Russian businessman who is also Chelsea owner Roman Abramovich through the Jewish community as a negotiator.
"We are here in our own country. We cannot do it any other way. We are defending our country. Stop this war. There should be no war," Usyk said. Apart from him, a number of boxers also joined the Ukrainian military. There is the name of Vasyl Lomachenko and former boxer Wladimir Klitschko who also joined the reserve army. Meanwhile, former Russian boxer Alexander Povetkin expressed support for Vladimir Putin's decision to operate military operations in Ukraine. He claimed that the decision coincided with the rise of Nazism in his neighboring country. Povetkin's attitude is different from the attitude of other Russian athletes such as Daniil Medvedev and Andrey Rublev who were disappointed by the decision to invade Ukraine. "We have been fighting for the truth all along, while the Slavic peoples of the Donbass have always been under threat." "That's why I support his decision to defend ordinary people. Every war has an end. Let's hope this will also end in the next few days," said Alexander Povetkin.
Next Post Previous Post
Boxing,Sport