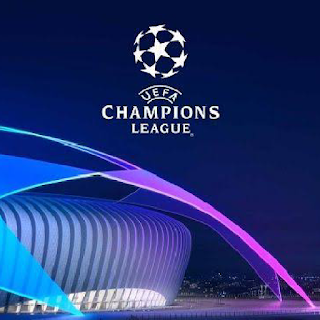 UEFA
European football's governing body (UEFA) on Thursday condemned Russia's military intervention in Ukraine. UEFA said in a statement that it "shares the concerns of the international community for the evolving security situation in Europe." "As the governing body of European football, UEFA works tirelessly to develop and promote football in accordance with common European values   such as peace and respect for human rights, in the spirit of the Olympic Charter," the statement read. "We remain steadfast in our solidarity with the football community in Ukraine and are ready to extend our hand to the Ukrainian people." UEFA said it was "taking this situation very seriously and urgently." UEFA president Aleksander Ceferin on Thursday convened an extraordinary meeting of the UEFA Executive Committee. "The decision will be taken by the UEFA Executive Committee and announced on Friday," the statement added.
The February 2014 “Maidan Revolution” in Ukraine led to former President Viktor Yanukovych fleeing the country and a pro-Western government to power in Ukraine. The development was followed by Russia's illegal annexation of Crimea and separatist groups there declaring independence in the Donetsk and Luhansk regions of the Donbas in eastern Ukraine, both of which have large ethnic Russian populations. As clashes erupted between Russian-backed separatist forces and the Ukrainian army, the 2014 and 2015 Minsk agreements were signed in Moscow following the intervention of Western powers. The conflict there lasted for years with constant ceasefire violations. About 14,000 people died in the conflict in eastern Ukraine through February 2022. Tensions began to rise late last year when Ukraine, the US and their allies accused Russia of gathering tens of thousands of troops on the Ukrainian border. They claim Russia is preparing to attack its western neighbor Ukraine, a charge Moscow has consistently denied. Defying the threat of sanctions by the West, Moscow officially recognized Donetsk and Luhansk as independent states, followed by the start of military operations in Ukraine on Thursday 24 February. Putin said the operation was aimed at protecting people who were "targeted by genocide" by Kyiv and "demilitarization and denazification" of Ukraine, while calling on the Ukrainian army to lay down its weapons.
Next Post Previous Post
Football,Sport