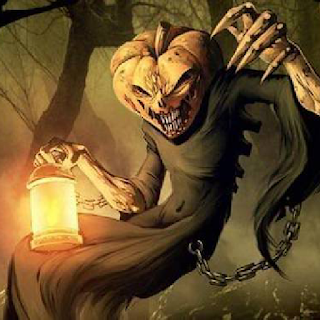 Halloween Festival
Reporting from History, Halloween is known to have started 2 thousand years ago by the Celtic tribes. The Celts lived in what is now Ireland, England and Northern France. On the evening of October 31, the Celtic people celebrate the festival of Samhain, in which the ghosts will return to the world for one night. For the Celtic people who still strongly believe in mystical culture, the 'arrival' of these spirits is not just a festival. Celtic priests known as Druids believed that these spirits could predict the future. In those days, predictions of this kind were necessary to secure food sources during the long winter. In celebration of Samhain, the Druids built giant bonfires and the Celts gathered while burning plants and animals as offerings to the gods. The Celtic tribes would wear costumes consisting of animal heads and skins, and foretell each other's fate. After the Roman Empire conquered the area inhabited by the Celts, for the next 400 years the culture of the Samhain festival is still carried on and combined with the original traditions of Rome.
Similar to Samhain, the Feralia tradition in Rome is also celebrated at the end of October when the Romans pay their respects to those who have died. Starting from the European continent, Halloween only touched the American continent when cities in the South such as Maryland experienced colonization. The tradition to celebrate the day of the dead is gaining popularity in the southern US before eventually spreading to other cities. In America, this Halloween tradition developed from the early Samhain tradition in Europe. Americans started celebrating Halloween with parties, gathering together to listen to scary stories, and so on. And just like the Samhain tradition, Halloween in America is now synonymous with people wearing spooky costumes. Halloween in America is also synonymous with the trick or treat tradition, where children who have dressed up in costumes will go from house to house asking for candy. This tradition is believed to have been started since the 1800s by Americans. Now, it can be said that the Halloween tradition has lost its mystical aura. Unlike in the past, Halloween is now more synonymous with an annual party where people dress up as scary as possible for a competition or just to have fun together.
Next Post Previous Post
Culture