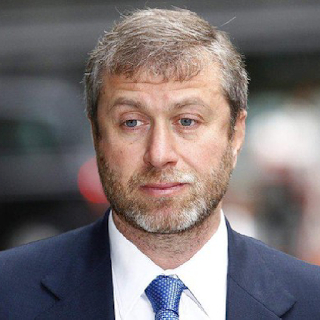 Because of what happened in Ukraine, Roman Abramovich had time to sell Chelsea. Several investors, including several Americans, "are preparing a takeover offer for the Blues worth 1.5 billion pounds", awaiting clarity from the government on possible future sanctions against Russia. Records of his friendship with Vladimir Putin. So far Abramovich has escaped any sanctions from Boris Johnson and the British government. Labor lawmaker Chris Bryant said earlier this week that the Russian tycoon was not eligible to own Chelsea and said the government should confiscate his British assets. Bryant said he asked Abramovich and Alisher Usmanov - who have raised more than £13.4 billion from gas and telecommunications and to date own a 30% stake in Arsenal "to clarify now whether they oppose the illegal invasion of Ukraine". "They have to line up in front of the camera to say 'of course for God's sake this can't be happening,'" Bryant added. "Otherwise, we will conclude that they are still busy with Putin." Abramovich was barred from living in London. He has not set foot in the country since October, when he returned there as a tourist thanks to his Israeli passport: his visa for Britain expires in 2018 and, according to British media, any request for an extension will be rejected by the government. London Ministry of Home Affairs special case. The 54 year old Abramovich bought Chelsea in 2003 making them one of the most successful clubs in England with five Premier Leagues and two Champions Leagues. The Russian tycoon has a net worth of $13 billion, according to the Bloomberg Billionaires Index, having built his fortune thanks to the privatization of the assets of the former Soviet Union. Chelsea are valued at around 1.9 billion euros according to Kpmg, meaning that any acquisition could be one of the biggest on the European sporting scene.
According to British media reports, immigration officials have been instructed to make it impossible for Abramovich - who owns a £125 million mansion near Kensington Palace - to stay in Britain. Abramovich's daughter Sofia instead joined a chorus of wealthy Russians criticizing Vladimir Putin for attacking Ukraine. The 27-year-old heir, who spends most of his time in London, shared an image on Instagram showing the Russian leader in a warning sign with the caption: "The Kremlin's biggest and most successful propaganda lie is that most Russians are with Putin." Meanwhile, Blues manager Thomas Tuchel said the club "felt deeply affected" by the Russian invasion. Asked whether UEFA's decision to move the Champions League final from St. Petersburg to Paris was right, he said: 'Yes, definitely yes (it was the right decision). And unfortunately I think that's the worst reason for having to change positions. We felt bad in general and it dulled our minds and clear our focus. I can totally understand his decision. There are more important things."
Next Post Previous Post
Sport