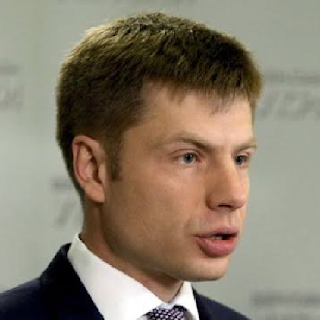 Ukrainian deputy Alexey Goncharenko
Ukraine is the only country in history to have abandoned nuclear arsenals, it was the third largest in the world in 1994, with US, UK and Russian guarantees. Where is this guarantee? We are now being bombed and killed". These are the words that last Thursday, as the Russian army began the invasion of Ukraine, Ukrainian deputy Alexey Goncharenko , into the Fox News microphone, recalling that Kiev chose the path of denuclearization 30 years ago .
The statement was in response to what Vladimir Putin quipped about the 'dirty bombs' that Kiev would prepare against Russia. After gaining independence from the Soviet Union, on December 1, 1991, according to the calculations of the Federation of American Scientists, Ukraine was in the position of the third largest nuclear power in the world, with about 3,000 tactical nuclear warheads and 2,000 strategic publications. Nearly a third of the Soviet nuclear arsenal remained in what is now Ukraine. However, Kiev only has physical control over these weapons, while the operational ones, i.e. centralized control over the nuclear code, remain in Moscow. The situation led to intense negotiations between Ukraine, Russia, the US and the UK which resulted in the signing of the so-called Budapest Memorandum in 1994. On the basis of this treaty, Kiev - which thus entered the Non-Proliferation Treaty as a non-nuclear state - agreed to dismantle its nuclear arsenal and deliver systems, such as warplanes and missiles, in exchange for financial assistance from the West. And assurances from all other nuclear powers, including Russia, that they will respect "its independence and sovereignty and existing borders".
Next Post Previous Post
Political