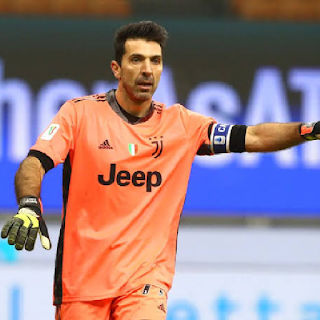 Gianluigi Buffon
Gianluigi Buffon will continue to play for Parma until he is at least 46 years old. President Kyle Krause announced that his club had extended the Italian goalkeeper's contract for another season. The veteran goalkeeper returned to his old club last summer after his contract with Juventus expired. He signed a two-year contract with the Gialloblu and has now added another season.
Parma confirmed that the 2006 Italian World Cup winner has signed a contract with the Serie B team until June 2024, at a press conference today, Monday, 28 February 2022. Buffon holds the record for the most appearances in Serie A history with 657 games and has won ten Scudettos with Juventus. He started his football career by joining the Parma club in 1991, when he was 13 years old. He played for the club's first team in 1995. Six years later the player born in Carrara, Italy, moved to Juventus. Buffon spent 17 years in Turin before leaving the Old Lady in 2018, moving to Paris Saint-Germain. However, he only had one season with the Ligue 1 club and returned to Juventus for two seasons. After his contract with Juventus expired, in the summer of 2019, Gianluigi Buffon returned to Parma. With a new contract agreed, the veteran goalkeeper will remain at the Italian club until he is 46 years old.
Next Post Previous Post
Football,Sport