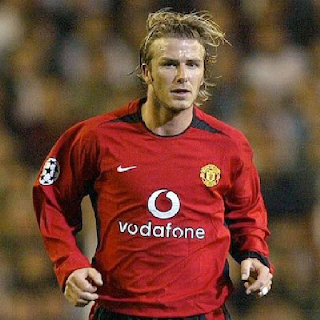 David Beckham
World football legend, David Beckham, expressed his concern over the conflict involving Russia and Ukraine. He also invited people around the world to be able to help the children who were victims of the war. “The conditions in Ukraine are devastating and frightening for its people. Just like any parent, it is heartbreaking to see the effect on innocent children who are now living in war zones," wrote the caption in the photo that Beckham uploaded on his personal Instagram, Monday (28/2/2022).
• Beckham said the needs of children increased during the war. In a post on his social media, Beckham, who is an ambassador for UNICEF, the United Nations charity, asked people who were moved to help children in Ukraine. “As this conflict escalates, so do the needs of the children. Find out how you can help [provide for children's needs] through UNICEF in the link in bio," said the former Real Madrid player. (@UNICEF) .
Previously, the anxiety was also felt by footballers from Ukraine who played in Europe's elite domestic competitions. Two Ukrainian national team players, Oleksandr Zinchenko and Vitaliy Mykolenko, made a touching gesture ahead of their match in the Everton-Manchester City duel. They hugged each other before the match was held at Goodison Park, Saturday (26/2/2022), strengthening each other as their countries faced war against Russia. Zinchenko and Mylolenko were seen crying while hugging each other as players from both teams lined up on the pitch, ahead of the match. Both also used the Ukrainian flag to show the peace campaign.

MU has broken up with a well-known Russian airline

Manchester United even took bold action, because it opposed the Russian invasion of Ukraine. They terminated cooperation early with a well-known airline called Russia Aeroflot. In fact, the cooperation contract between the two ends at the end of this season. The decision was quite surprising, considering that Aeroflot has been working with the Red Devils for nine years. Not only was MU cut off from cooperation, Aeroflot was also affected by the government's policy of going to war with Ukraine. They now can not go back and forth carelessly in the air over Europe. They have even been blacklisted in the UK region.
Next Post Previous Post
Football,Sport